Bounties ran out ......volume is too low

Bounties are running out and not getting replenished. We went down to four then three now we have 2 bounties left to do. 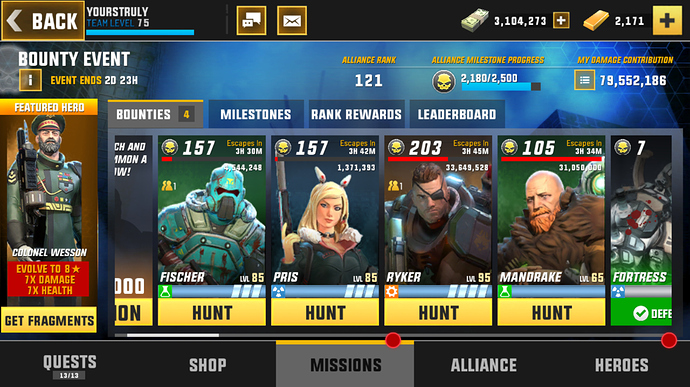 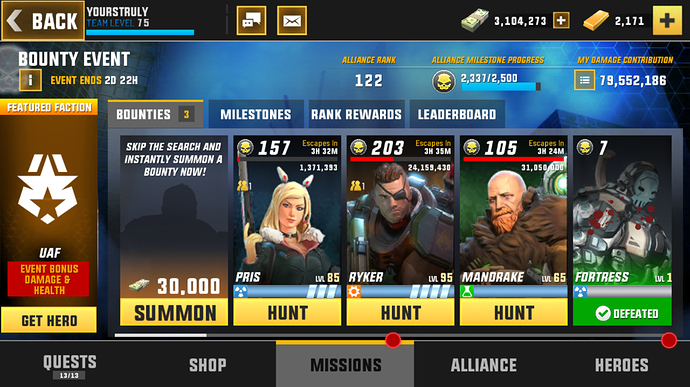 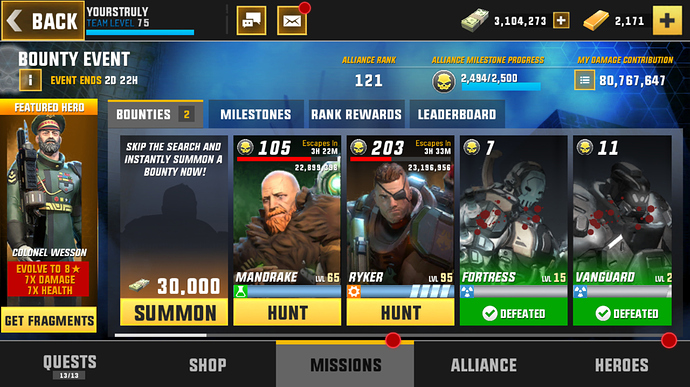 Update: it just increased by 2. Still not enough elements not enough variety, not enough coins to rank up.

I have to do something to get stuff!!!
…
You mean I can’t just cruise through the game, do nothing, and have a page full of bonus bounties?!!!

Actually, I am noticing a decrease in bounty discovery rate. My alliance, which is number 32 at the moment, only has 9 bounties, when it is normally full. Heck, this is even after i dropped 300k to get 10 bounties, yet it’s still low.

Also, it may be beneficial to you guys to explore this further and speculate, rather than just jump to a conclusion. After all, this is a public forum where people come to talk, discuss, and find answers to their problems. I can guarantee you this man didn’t come here to get berated by people, instead he came here seeking for discussion and answers. Giving him the most bare bones, baseline answer is insulting to him as a player. You can tell he is very experienced and has done a lot in the game, just by looking at his screenshots, yet you guys choose to treat him like a 5 year old.

Well I can only speak for myself but I never intended to berated him. I didn’t even really look at his pictures(just read the text) until now to realize he’s lvl 75 and would have known about bounties. I just answered the basic question how you get new bounties.

To add to your experience we here at [941] Bad Boyz haven’t seen a shortage in bounty heroes, not even during rush hour in the beginning of the event

I filled my stamina with gold and even after that I only got like 3/5 new bounties, so yes, it’s a lot lower then normal

I did do 15 individual quick wins for a platinum item when we had 17 bounties available and it didn’t spawn 1 to be honest.

But now I am doing my gauntlet run and each individual round seems to be spawning bounties. 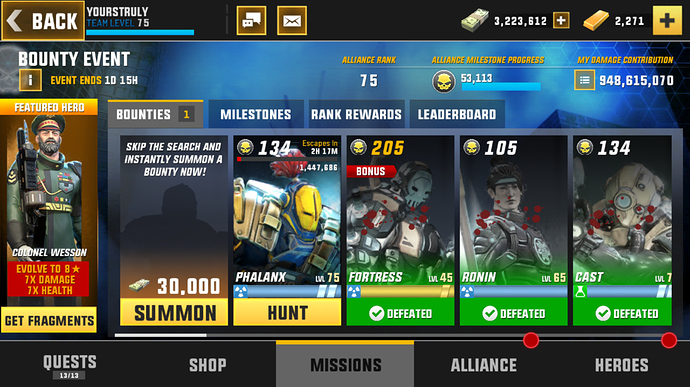 Now I finished it with 1 day left and 15 hours to go we have zero bounties. 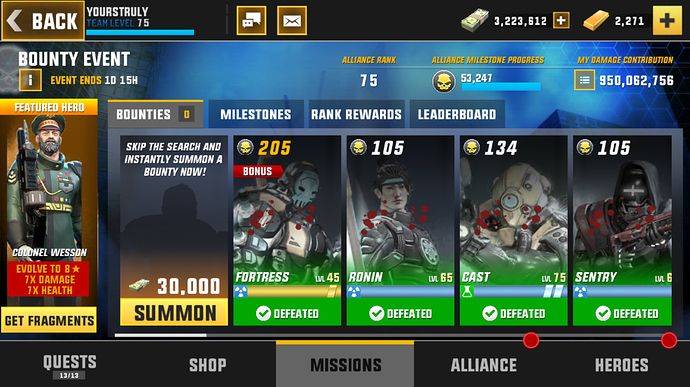 My normal experience is waves of new bounties in the face whenever I’m trying to do something else during a bounty event—presumably that’s your normal experience, too? I’d recommend contacting Hothead support. They’ve straightened things out for me in the past when I was shorted on something.

I mean, you’ve got 3 million bucks in the bank. Why don’t you spend $90,000 of it and summon 3 new bounties? If you have a full alliance and everyone spent just 30k each, that a whole new rack of bounties.

Glad someone’s paying surface attention to state their inductive reasoning with in-game cash for the underlying reciprocate bounty problem that started from the onset of bounty. Brilliant!

“I want bounties but I don’t want to PAY for them”
That’s what you sound like.
…
Life’s not fair get a helmet

He was speaking about the spawn rate, I used 300 energy to get 3 new bounties, please inform yourself before you start offending people with stupid comments, we have enough idiots already…