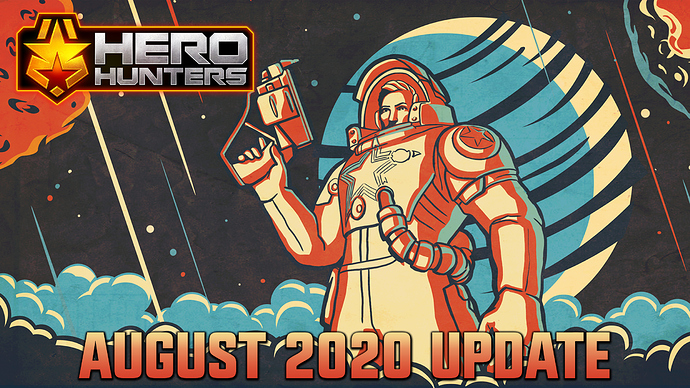 The August 2020 Update is COMING SOON! 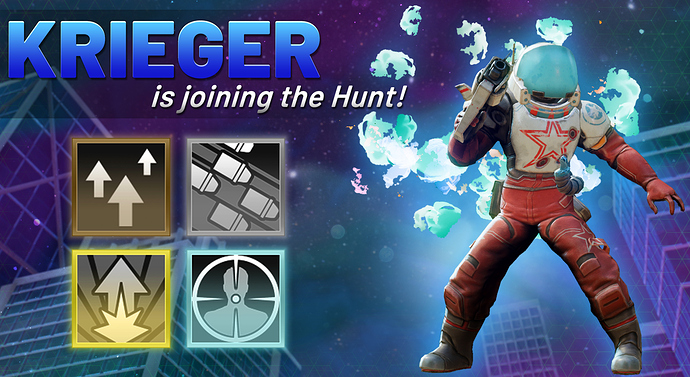 Krieger, the “Combat Driven Cosmonaut,” is a Rear Line trooper who specializes in taking down Cloaked and Marked targets. His ability to buff his own stats and tack effects onto his allies’ Skills make him an invaluable addition to any team lineup.

Check out his Skills here: https://bit.ly/2ORAFYP

Take on the Star Hero Event to earn Space Sheriff Tokens, which will give you a chance to win the exclusive Space Sheriff Rare Skin for Krieger!

The Star Hero Crate continues the tradition of having great prizes, including Krieger’s exclusive Skin Space Sheriff and Gilded Tokens!

NOTE: You’ll need to have a Team Level of 40 to unlock the Skins function and equip your Space Sheriff Skin if you win it. If you win the Skin from Team Level 35-39, you’ll still own it, but you won’t be able to equip it until Team Level 40. 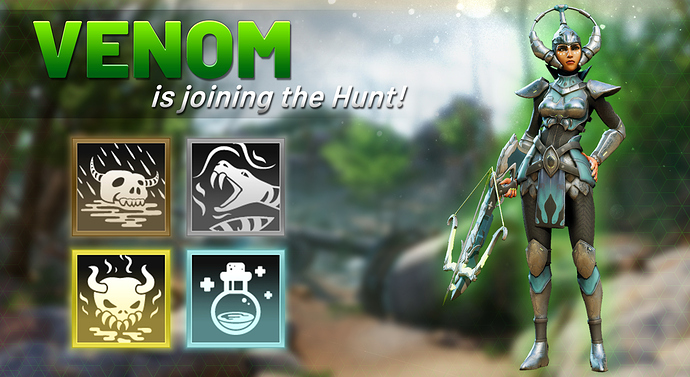 Venom, the “Poison Master,” joins the hunt! Our second Teraventa crossover Hero specializes in laying down toxic fumes that can damage and Stun opponents!

Check out her Skills here: https://bit.ly/32SOgHy 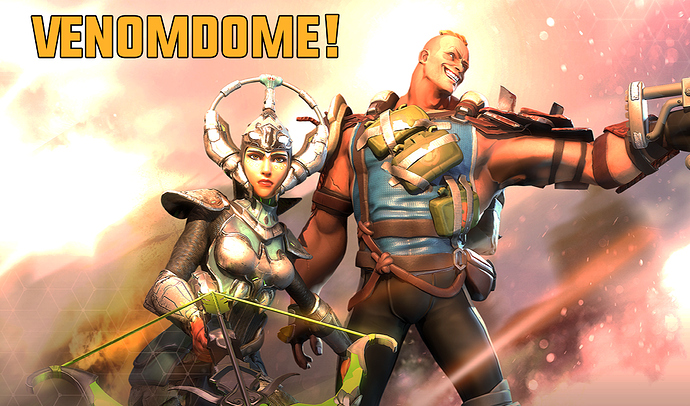 Razorback is taking a break! Join Venom as she takes over the Razordome with a host of new challenges and prizes! 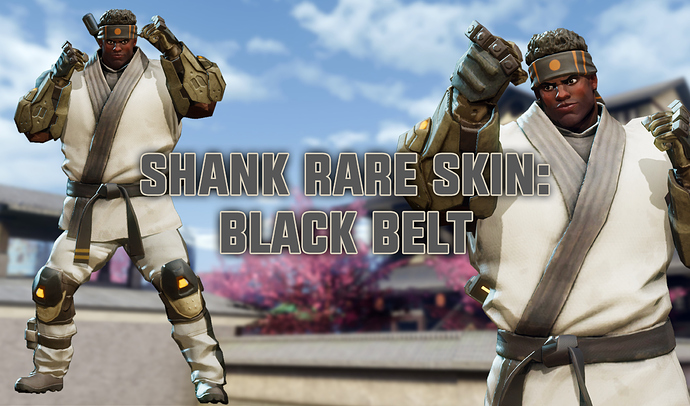 Sweep the leg! This month’s Buff Focus, Shank, gets a new Rare Skin!

Prove you’re the best around and unlock the Black Belt Rare Skin for Shank by competing in a special Bounty Blitz! Use Krieger and Dreadnought to score bonus points and gain points towards unlocking this exclusive Skin!

Super happy to see the Yeager and Shank buff. Also the Black Belt skin looks amazing. Overall, I really like this update. Excited for Krieger, Venom, and the Venomdome!

Ruby Patrol Crates… sounds cool. But will it be worth it? They current rewards for Plat - Plat +5 are almost identical, and Plat 4 and Plat 5 are near impossible for most alliances. Are the required points for those tiers being tweaked a bit to make Ruby Patrol Crates more acessable?

Would’ve been cool to see Shank get a Mr. Potato Head skin.

Wow, This update is gon be massive✌️.
So is Kriegar 5* hero?

How is a ruby patrol crate gonna work when platinum+4 isn’t even possible without spending loads of gold on rushes? The daily limit is a problem and should be removed outright imo. If we can do the patrols to reach platinum on Monday then let us.

Threaten activation chance is too high. Its imba.

Okay… so all the hero changes are excellent. But you reduced the damage on my only ten stars bronze skill… by nerfing the amount of shots… gee. Thanks.

Absolutely love everything about this update, super nice changes to some heroes. Some of these needed their buffs hard although shank was actually viable enough, shank with shivs will now be even better!

I really like that Yeager and Xian is getting a buffs, they are not used enough on the field.

Love that Shank skin, look forward to getting him up to snuff with upgrades! Also, really digging that cover art for Krieger!

(In regards to a Ruby patrol crate, it would make sense for it to be a more substantial upgrade over the previous level plat crates. Hopefully it serves as a motivation for alliances to boost their contributions)

Nothing new to see here. Bad heroes in stores. Useless nerfs. A not-new hero from a different game and storyline completely. A random Mars space man mixed with Humpty Dumpty space sheriff?? Nothing makes sense. The writing it on the wall. Hothead is done. Appeal to a small fan base for last push of revenue and peace out says their last dev quietly.

I agree with you 100%. Patrols should not be limited and with every aspect of this game having a gold option for progress. I think it would be a good gesture from HH to lift the daily patrol limit and allow us to reach all tiers with free play.

Other then that the update looks incredible and im looking forward to this months playing. Keep up the good work devs.

Most active alliances runs out of patrol within the first 8 hours. It’s been unchanged since the introductions of the patrol crate. It would be nice to see that 100 patrol limit increased to 150 or even 200 daily so that our friends in APAC can take advantage of some of the patrols before hitting the cap.

only that? more of the same ? no surprises?

And yet you are still here. Welcome to leave at any time.

Difference between patrol crates should be increased as well

unlock the Black Belt Rare Skin for Shank by competing in a special Bounty Blitz!

This is the event he was referring to.