Armor reduction isn’t 100% flat, but it’s VERY flat. I pointed this out to [HHG]Omnipotent over a month ago and he responded that they “are aware of the discrepancy between high ROF (rate of fire) heroes and the damage they deal.”

I thought at the time that this meant HHG would get around to fixing it but since the September update introduced more bugs than it did fixes, I’m really worried that this is never going to be addressed.

It just seems like a bad joke that huge armored tanks will lose 1v1 to squishy healers because the healers 2k armor is more effective against a heavy machine gun than the tank’s 4k armor is against the healer’s rifle. The outcome of this system is felt throughout the PVP meta, many “bad” DPS heroes would be pretty decent if they didn’t shoot marshmellows because of the armor system.

Good to know do that’s what killed Matador. Well let’s wait for the October update. I’ve adapted and that’s what you should do in all games with nerf and buf cycles.

I didn’t even know about changes to the armor system in August.

I didn’t know either. I’ve been trying to figure out how armor works on my own and no one told me.

This is why Razorback does practically zero damage with his base attacks now. I don’t even use him for gauntlet.

Razorback was probably hurt more by the shift of his stats from offensive to defensive modifiers, which was also in that update.

The August update included elemental armor in all armor calculations, I believe that armor has always gimped high ROF heroes but with elemental armor being buffed in August the results became more drastic.

No it’s not completely flat or else they’d be doing 0 damage, but its pretty damn close sometimes.

Armor should get some damage. Yes it can block incoming fire but every hit should reduce armor somewhat.

So at first, yes, the armor will effectively protect from first 15-20 seconds damage. But as the fights drags on and the hero receives punishment, the armor should progressively become useless.

Basically, the same thing that happens with Cover at the moment. While cover last, you are protected. when it’s gone, you get shot

If armor would be a percentage the problem should be solved.
If you do 10 shots a second with 1000 dmg or you do one with 10.000 doesn’t matter. The damage reduction would be the same in both cases.

A fractional reduction like that would gimp slow fire rate characters disproportionately. As of now, there is a tactical difference between high and low fire rate. You have to think about it and plan for it by including both high ROF and low ROF heroes in your team, or you rightly suffer the consequences.

If anything, I would like to see a simple reduction of armor for heroes that aren’t supposed to be hard targets. High ROF DPS needs to be effective against them, but don’t force HHG to dumb down their game just because some players want their one good hero to work on everything.

Uh, fractional reductions wouldn’t gimp anyone… 20% reduced damage is 20% regardless of ROF.

And there’s no “tactical” aspect to the current system, high ROF means you have terrible DPS - end of story. There’s absolutely no situation where having a high ROF is advantageous.

Just quoting myself, because you seem to have missed it.

Keep in mind that those with powerful shooters gotta reload all the time.
Also click a heroes weapon from their information screen and you’ll get a more detailed explanation of their damage.

Moss has powerful shots but quite slow reloads. Hence, 19.000 DPS.

Oracle, rapid but weaker gun, not a slow reloader. Hence shed got better DPS than Moss. 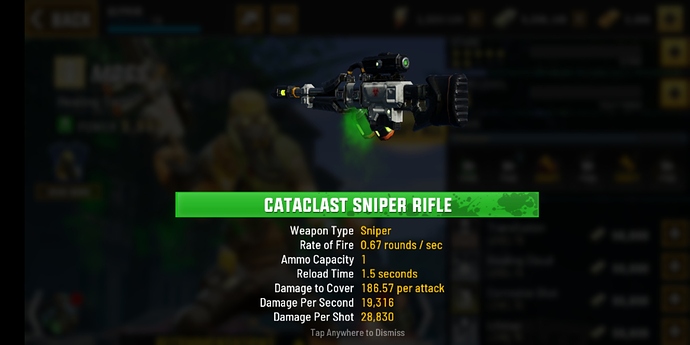 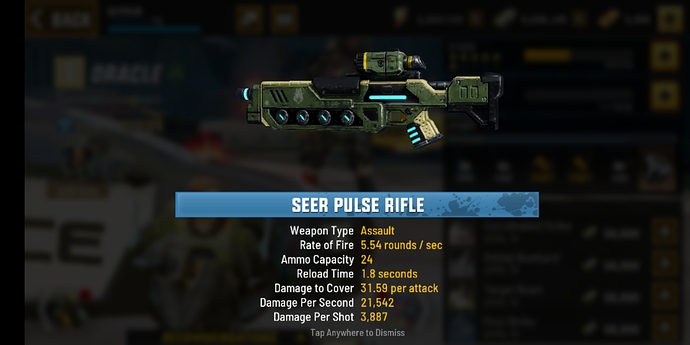 Fixing the armor problems would lead to more variety in damage dealers. Since the bio damage dealers are all having a high ROF they would do better damage afterwards. The Panzer/Dogface problem could be solved by this, because you could kill them faster or at least make them hide to survive. This would make their damage output go down to a normal level.

well, screw me… i just happen to know the developer provide details for every weapon…

so, the weapon stats also will change if we upgrade gears or when the heroes is leveling up ?

It could be. But with the current armor calculation it goes down to probably about 15k

As you can see, armor has a HUGE penalty on faster firing weapons if it’s a base, or close to base reduction. If it were a flat percent of say 20% off it would be MUCH more even. Using the same weapon types above with a 20% reduction the minigun would do 192k and the rifle would do 173k. This isn’t gimping the minigun and reducing it’s damage by 90% and the rifle by only 11% like above.