The April 2019 Update is COMING SOON! 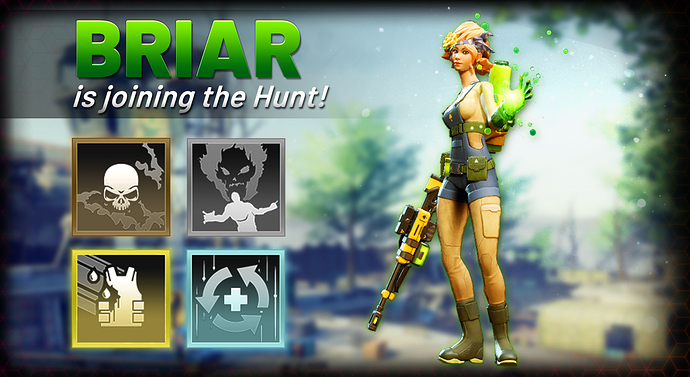 After hearing Kurtz’s side of the story, the UAF squad heads back to HQ to get answers from Colonel Wesson. The thrilling conclusion of the Kurtz storyline is at hand! Uncover the truth behind Zero Day!

Note: District 14 will be unlocked as part of a SECOND UPDATE that will launch shortly after the first April 2019 update.

With version 2.0, Alliance Wars will be available for all Alliances! Thanks for taking part in our Public Beta!

Keep an eye out for our first Season of Alliance Wars, tentatively scheduled to begin on the week of April 23rd! Seasons will last four weeks, with a day break in between Seasons. Alliance Wars only takes a short time every day to play, so get your allies ready for War!

Look forward to the following improvements:

We have some exciting prizes planned for Alliance Wars that you won’t want to miss! Stay tuned!

Oof. Can’t wait for the soon

for nothing only raised the level…

Are there any hero reworks in this update. Also aren’t there usually patch notes as well.

about time this got posted!

These are the patch notes, guys. What you’re seeing here is what’s happening! If it’s not here, it’s not happening this update.

Trad:
The biggest update is just the same content as before and the boring and monotone alliance war (it’s only what I remind of the alliance war, only my feelings about it)?

I think it took too much, I was hoping there will be a new legendary skin at least.

just a thought. You said two updates? Double the wow! But please, take your time with the release. I don’t want december to happen again

I’m curious as to what else will be included in the second update, along with District 14. I do really hope this and the second update address things such as gauntlet, conversion prices, new hero frags acquisition, and character voice-lines; things that are still hot-button topics.

Great, more levels to level up that I won’t have the bucks to upgrade. It already takes about 1 sector of gauntlet to upgrade 1 skill once. So either lower the skill upgrade cost, or raise the bucks reward. Other than that it looks like a fun update!

The second update includes District 14. That’s all. Please don’t expect two full-size content updates with everything you could possible put on a wish list.

New Bio healer with no Ronin nerf … makes sense to me

I thought this was supposed to be the biggest update. Yet it has no balance changes. 1 skin. 1 district. Moving around some heroes from pvp n gauntlet. Really?

How is this huge? You have had much larger updates in the past.

Your expectations are unrealistic. Get them down or be forever disappointed.
They can’t just take a few player’s suggestions into consideration and tweak major game mechanics in a few weeks. This isn’t beta and you’re not a beta tester. They monitor things, the analyze their income and make changes When they see these are needed.

Pardon my English but alliance war is a big implementation, a new district as well, and the egg hunt is also something that’s considerable.

personally I do not care whether it is updated or not. but it’s been a week since the develloppers are clever in promising something beautiful but there is nothing more than usual …

ha sorry I’m wrong, a new channel to talk about the great alliance war … waw the revolution lol
sometimes you have to know how to stay modest

If the developers will hype up an update by saying its the biggest yet, that usually means that the stuff changing and being added will be game changers.

I will say yes - development-wise this update must have been a pain in the ass to program and integrate (looking primarily at alliance war) but other than that this update isn’t the BIGGEST in terms of what the players care about.

I would say the update where 3 heroes, a district and an event was added with tons of balance changes would be a bigger update.