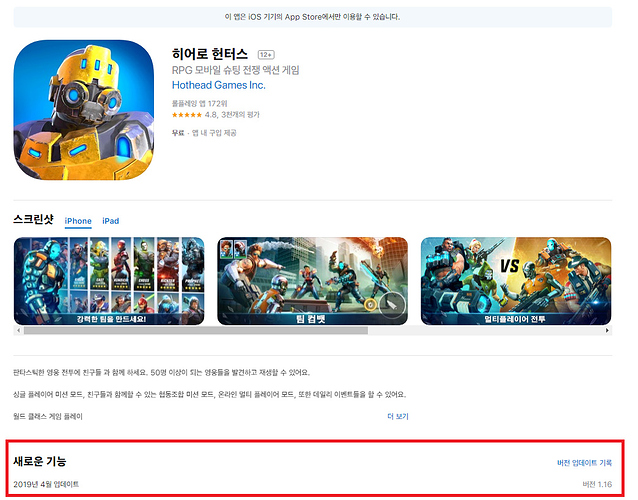 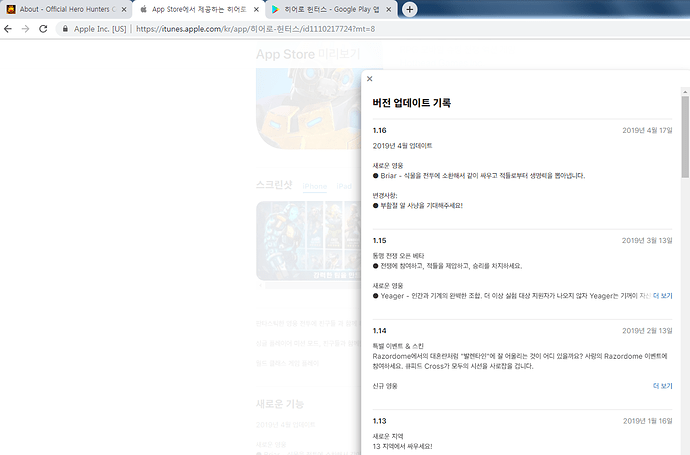 If there is no cooperative game between the iPhone and Android phone due to a version mismatch in the game, it is not a problem of the App Store but a development problem of the hot head team.
I know that the differences in the updates are due to Apple’s regulations.
But even if the version is not correct, it seems to be a good idea to upgrade the game so that you can cooperate.
This sentence will be misleading because it is a little thing through the Google Translator, but I hope you will share the thoughts of the game users.

Cant even update in iPad iOS 12.2. Game requires me to update, but directs me to the App store and there’s no update. Endless loop. Cant even play

For iOS, updates aren’t released immediately because Apple reviews it and makes sure it complies with the rules or something like that. It can take anywhere between a few hours to a few days. All we can do is wait, but know that it isn’t Hothead’s fault.

We’re waiting for Apple to release 2.0 to iOS users. There’s nothing we can do to make this happen any faster. Thanks for your understanding.

Do we get compensation as iOS users. We can’t farm Kurtz but android can?

And WHY START WAR. some players can’t play the game at all

Lilasskikr - Kurtz frags are available in 14-10 hard but 1) Very few people have beat it 2) He requires 585 frags to unlock, so roughly 195 days (with no resets) of doing 14-10 3x a day. Us android folks don’t have a huge advantage over ios folks to ask for any type of compensation

American - The Alliance war was already planned, update or not. HH didn’t “plan” for the war and ios update issues simultaneously

I’m only seeing Wesson frags in 14 hard. I haven’t unlocked 14 yet though

Why do people always ask for some “compensation” when Appstore stuff is out of their hands?

All you can do is be patient.

As far as I can tell, we don’t have Kurtz

Maybe but releasing an update knowing that they can’t release both at the same time?!? I sometimes wonder if they do any QA on not just this but at anything at all.

Look instead of waiting how about you make a patch for android to be compatible at least with co-op apple users. The iOS update could seriously take days.

Because even that I don’t run the HH business but I can give an idea to you and HH. You send the update to both for checking it first. Then once you got the positive answer everyone has it in the same time. Don’t forget that this is a business and us iOS invest the same money as android to. Is not the clients fault what HH and apple do. And this was the quickest idea in my head.

on game is different version…

I wish that we all would had received a quick and simple message explaining the situation and that once approved an update was on its way. Especially since it is taking so long. Thankfully now I know and can inform my alliance members.

I’m not sure if you read the reply I offered. This has nothing to do with QA. It has to do with Apple’s app approval process, and a delay that is out of our control. We can’t “make a patch to be compatible with iOS.” Thanks.

Because it seems like they should be able to plan ahead for this. If it takes significantly less time for Android to approve an update and make it available, logic would tell you to send in the iOS version first and get it ready. Once it’s almost ready (or is released), have the Android version submitted and approved. That way you are planning them to hit at the same time, or talking maybe a few hours in difference between the two OS having the update rather than days like we have going on now.

It would be one thing if this was their first or second update to the game, but it’s been going on for over a year. Over half the time an update is released iOS users end up being a day or two behind. Sometimes it’s been even longer. It’s frustrating and having to deal with it constantly (I can’t farm Kurtz, I can’t trade co-op with most of my Alliance, etc.) should be compensated in some way.

I’ve been a mod in a big company. I’ve seen how the process of getting updates via Android/apple take.some can be quicker than others, it has to do with policies and submission.

They could do a patch, but it could be take time as well. Where focus could be drawn to there matters.

I do hope this update will fix the issues I’ve been having with chatting. I’m tired of seeing failure to send next to 98% of the things I try to communicate. Still love the game though and won’t stop playing.

I have that problem with chats too