Anyone else like PVP (red) gem in PVP crate

It is confirmed now that pvp crate is bug and to be fixed but after playing many times with the current one I think PVP gem it will be nice addition as it saves a lot of time and effort however, it should be more than current amount as to be 400 or 500 minimum and higher as well

What do you think?

I was happy that they’d finally put the PvP gems back on.
Then after not even a day they removed them again and I fell into depression.
For the first time in a long time I was happy to do PvP.

Keep pvp gems get rid of xp. Have over 50k of xp

The only bug reported for the crate were the percentages, all the new additions such as gems and QW tickets are here to stay

Only a discord mod my friend, everything I say and do on here is of my own volition and opinions to help further the community

Also please see here what I have in my crate 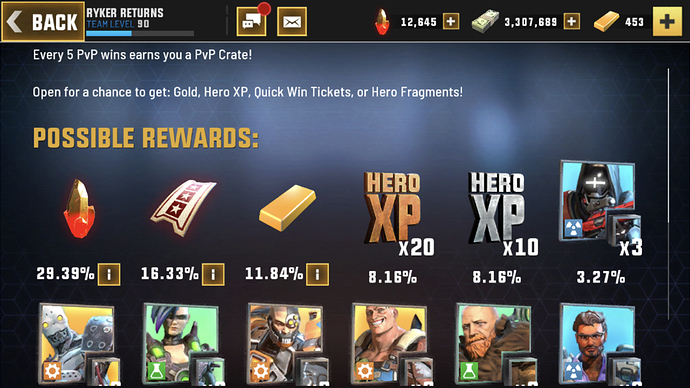 This is mine crate after they fixed it 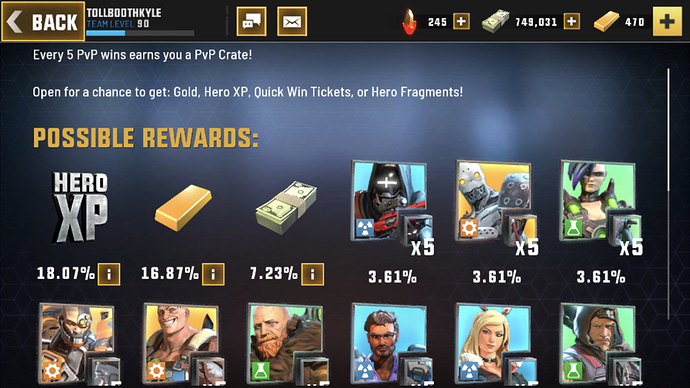 how did u get it fixed

Some have them fixed some don’t. It’s random for some reason

I heard that the PVP Crate changes depending on your bracket as well. That might be wrong, though.

Everybody’s PvP Crate is dependent on the Bracket you’re in. Nobody’s crate is “broken.” Some may have lower rewards due to their current Bracket. We’ve confirmed that all Brackets are functioning correctly.

but I want them

Please take off this 20 letter thing that’s kind of annoying.

There’s a reason for it. Make sure you adhere to it. Not liking a rule and finding it annoying doesn’t mean you can break it. Think of why we might want 20 characters minimum.

I’m in champion bracket and have spoken to someone in the elite bracket and we have the exact pvp crate.

Maybe the Hero fragment count only changes every 3 brackets or so instead of every single bracket. I doubt that it starts at, say, 1 fragment at the lowest bracket and then increases by one for each bracket. Also, there may be percentage changes for things like Gold and PVP Gems.