Backstory:
Alex was an early prototype of a medical robot before the war. When the war broke out the lab developing him was one of the first casualties. Alex remained deactivated beneath the rubble until some faction came along and found him.
(His backstory kinda fits in most factions except KLG, maybe he would belong to magistrates).
Alex is a helpful robot who is also fiercely loyal, and is willing to sacrifice himself for his allies. His medicines have proved to be obsolete due to the recent developments during the war, so Alex resorts to providing covering fire and support to his allies. His weapons are augmented from his medical gear, and he received several upgrades.
He is a mech hero.

Silver skill: Covering fire
Alex uses his guns on his shoulders and wrists (former injectors modified into guns) to constantly shoot all enemies (like Savage). Each bullet has a 50% chance to hit enemies, missed shots damage cover instead. Bullets deal small damage to enemies but heavily disorients the enemy. Lasts 5 seconds.

Gold skill: I got your back!
When an ally falls below 30% health Alex activates a personal shield for himself and taunts. Each ally below 30% health stacks the shield’s health. Alex also gains a 20% chance to stagger enemies with his basic attack while shield is active. Shield lasts for 15 seconds.

Platinum skill: Special sauce
When an ally receives lethal damage (aka goes down to 1 HP) Alex administers a special injection (like how flatline and moss heal) that makes that ally invincible for 10 seconds. If the ally is below 80% at the end of effect they die regardless of health from the effects of the injection. If allies are above 80% health they remain alive due to their body adapting to the serum.
His look 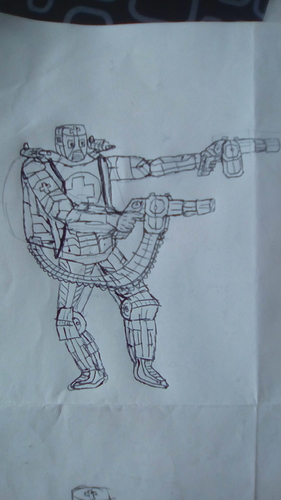 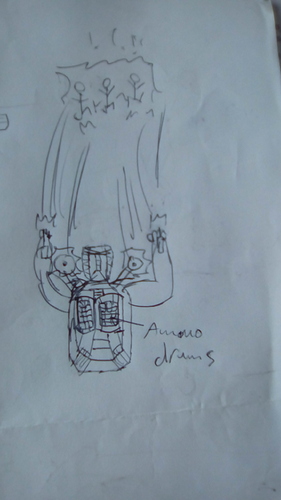 His guns are modified medical syringe guns, they take ammo from his ammo pack on the back. The guns have 20 bullets in total before reloading due to the massive bullets he uses. Bullets deal a lot of damage (maybe a third of dogface’s normal damage), and a medium rate of fire (like razorback’s gun). The reload takes a bit longer than the average rifle, maybe like Nightingale’s. The ammo drums on his back get swapped around when he reloads. 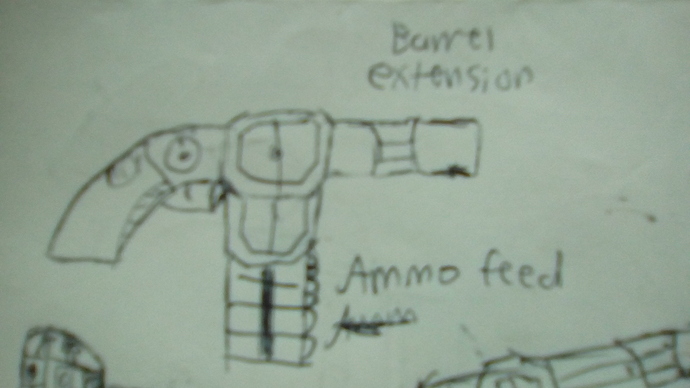 This is a high quality piece of work, you have my vote! Only thing is the name, it could be something like Rasguarde, De la Cruze, or Hawke etc. I personally like to use last names or codenames. Nicely done!

This guy’s gold and Mandrakes would need to stack. Invisible, shielded enemies who are regenerating. I sense a meta shift

Yes, ur right, the name needs improvement (I’m not the best at making up names)

Oh dear… I haven’t though about that…
Although its Alex that gets the shield, not the others

So he’s a robotic, needs to be robotic and what not. Is a medic, so needs to have something to do with that.
Something like: M3dic, DocBot, Dr. Servo, or Repairbot 1600