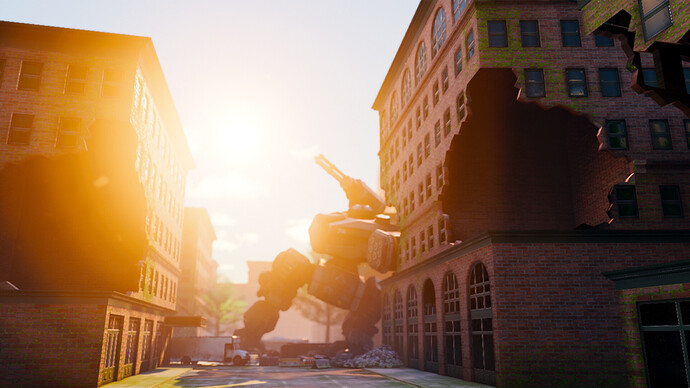 Who are 5 heroes you would recruit in your survival/combat squad? Who are they, and why would you trust them? Are there a few you would open up to? Pick your heroes based on their personality, lore, skills, and overall vision for the goals of your squad. Have fun with it!

(P.S. You can also go with 10 heroes if you choose, the caveat would be more attention and more danger.)

(P.P.S. Devs can answer as well, I’m curious to hear your take.)

2) Min. Everyone loves her, she has a big personality and is an intelligent hacker.

3) Halloway. Who wouldn’t want cloning on their side.

4) Ghoul. He’s been my favorite hero since day one. He can set traps and light his enemies on fire.

5) Baron. To top things off, you’ll need a tank hero to destroy cover, leaving enemies vulnerable. He’s also been one of my favorite characters since I’ve started. His skills are underrated, and I also love how his armor looks.

6) Mandrake. Having a teammate that can make both himself and the rest of your team invisible is very useful. He reminds me of Mei from Overwatch since she also has a little hovering drone friend.

7) Anvil. He’s basically Iron Man. He has a charged, electrical grenade as well as a laser beam.

8) Oracle. If you’re in a tight situation, don’t worry, she’ll summon an airstrike to defeat her opponents.

9) Duran. He’s pretty much the best healer in the game, which is key in a good team setup. I also love how he looks, his Ocean skin looks futuristic and his Wasteland skin gives me Star Wars vibes.

One thing missing from my team… oh yeah

Min - Her savvy and knowledge of events around the city would make her a nice addition to the squad. She has connections to various factions, and can procure insider information where it otherwise couldn’t be obtained. Min is also a caring individual who checks up on her allies often, filling in the role of security within the squad.

Torque - His knowledge of engines and defensive support make him a useful asset. Additionally, he uses his skillset to provide healing to his allies, opting to lend a helping hand rather than be just another “kill list” mercenary. Who doesn’t need a “good ol’ boy” mechanic on your squad?

Marlowe - While she wants little to do with combat, instead desiring to return home to her family, she is a reliable and integral teammate to have. Her steady view of optimism, combined with her challenging life, has forged an authentic character in Marlowe that holds the morals of a team up. In the end, her old-fashioned, truthful sense of honor is just as vital as firepower and healing.

Castellan - His cheerful and uplifting demeanor, in addition to his talents with turret engineering, make him a useful asset where it counts. A shoulder to lean on, both on the field and off, is what makes Castellan a great ally and even better friend.

Kaishi - An honor-bound ninja with pistols. His foundational loyalty would result in a deep comradery within the squad, and is someone with sage advice. Much more than someone with advice, however, Kaishi is someone who can be entrusted with personal conversations, someone who will exhort others to do the best next thing.

While this would be the core squad of heroes I would pick, I would also have these heroes if I needed 10:

Artemis - Got a major humorous, flirty personality, and is a very skilled sniper archer; great scout.
Hardscope - Bro friend and guns enthusiast, would probably be a fan of the Second Amendment.
Nightingale - Having a level-headed medic on the team would be vital, plus she’s trustworthy.
Caine - Is probably super crude and rough around the edges, but would be steady in a fight.
Striker - Drone coverage is a must these days, so having drones with some heft would be really useful.

1 ) Sapphyr - While she may not be the biggest team player, she excels in situations that are reliant on her stealth abilities. As an elite assassin, Sapphyr has the expertise and skill of which others could only imagine. She packs a deadly kick, and has a strong sense of loyalty towards her clients.

2 ) Caine - With Caine’s unusual sense of humor, he would be a necessary add on for my squad, to help keep everyone’s spirit up. Always ready on the go, his combat experience, and his trusty armor packs would be of excellent use. The perfect amount of protection can be the deciding factor in every fight. Not only can Caine do this, but he can do it with a smile.

3 ) Brogan - He’s a smuggler, what can I say. With Brogan’s set of talents, my squad could practically get into anywhere. He is a excellent negotiator, and can win the tide of any argument with one, simple, grunt. His sense of weaponry would be of great help in many situations, when going through different weapon depots.

4 ) Harbinger - With her mechanical army of bees, Harbinger can scout ahead for my squad, using them as her eyes and ears. Our enemies would never expect a bee to be a threat to there operation. Not only could they scout ahead, but these bees can inject there chemicals into the target, ensuring that they won’t be a threat. With Harbinger’s past experience as a scientist, she will be very resourceful when it comes to mixing up new toxins for her swarm to inject our enemies with.

5 ) Gammond - As a former sheriff, Gammond knows his way around the city like the back of his palm. With his elite expertise of Police tactics, and his training, he would be a key member in planning our strikes. He has the experience of running one of the most well known factions throughout the city, so sorting through issues diplomatically shouldn’t be a problem for him. Somehow he can always find a way to boost someones moral, just with the point of a finger. What makes Gammond key to my squad though, is he becomes more driven to win the fight, the longer the battle rages.