Hi there! You are in search of help it seems

5-6 Extreme is tough and ultimately luck based. But, with these tips and a video it might make your chances just that bit bigger. I will be providing a video with text that tips some extra important tasks for you to complete that will generally make the biggest difference.

There’s two teams you can try out that I mostly recommend, with both generally the same idea, just a different execution!
Team 1’s requirements,
Ruby Fiber
Ruby Verrill
Ruby Serial
Ruby shank (or) Ruby Hivemind
The only thing this team changes for you is that instead of stunning you stagger both Shanks at the start and at the end of wave 1 you destroy all wave 2 cover, and after entering you will be required to use all Shank’s stuns, keep all buffs fresh and keep enemies at bay with stuns.

Team 2’s requirements,
Ruby Fiber
Ruby Serial
Ruby Verrill
Ruby Voltage
Platinum Hivemind, but preferably ruby, seriously don’t try it without having him at least 5 bars on platinum. But it is possible!
For the people who like to watch; 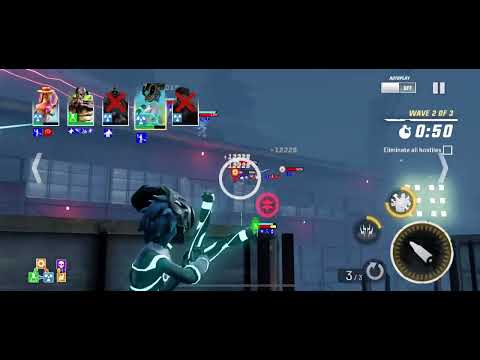 You’re a reader!? Well, to make reading a bit more fun I put it into a story for you!

Sits down
(Fellow hunter) “Gosh! I just don’t know what to do!” He so desperately exclaimed. “It feels like i’ve been going in forever and evermore and just…just when i’m about to win i get slapped to death by shank or bombarded with bombs! I just can’t take it!”

(Mellow) “Aaaah yes, extreme 5-6! Man, that one got me going!…but! After countless restless nights, hundreds of gold wasted on attempts and the luck of the seven seas I, Mellow the Avatar, slayed this beast of a mission! I even managed to slay it a second time so i could teach my younglings!” Mellow frightfully recalls.

(Fellow hunter) “But! but, how?! How did you slay this beast of a mission?! What did it take?!” The fellow hunter begged.

(Mellow) “Everything….but! I can teach you as well my youngling!” Mellow proclaims.
“I started with using Fiber’s ‘Hack the world’ Skill, after which I instantly grasped for my Voltage to unleash the full power of her stun! Once the shockwaves were send out I took control of my Serial and decimated the dreadful shanks and that wretched Siren! But, that was not it…the rest remained. These vicious warriors took my Hivemind! Alas, I kept going, despite knowing victory was hopeless already! The last remaining four of my heroes revenged Hivemind by dispatching these fools with ease!
That was when wave 2 happened. Everything was at the ready, every skill! I started of using Verrills ‘Trigger Happy’ skill to decimate the corrupt Mandrake and Alcatraz. These guys were the biggest dangers, but, being dead that doesn’t matter! I immediately went on to refresh my shield and quickly came upon notice this Elite Rifleman standing there…menacingly. I awaited my shield to blast and by that blasted him out of oblivion! Then unleashed the remaining fury onto Dreadnought to again refill it…but, he survived…That is when I took it upon my Voltage to rid him! But, her damage was too weak! So, Serial bravely took that duty and managed to finish him off! With all the major threats being gone we quickly finished the scums! That was when this menacing MAU showed from the abyss! That Mecha was but a breeze for us, yet, he managed to take Fiber’s life with all of his power! But alas, we were victorious!”
Mellow dramatically explains.

“Now, you shall take step in my path and continue this warrior tradition of beating 5-6 extreme! You shall meet many roadblocks! But, if you best this beast there is nothing you can’t slay! Good luck warrior!” He cheers

(Fellow hunter) “I will make you proud! Avatar Mellow!” The hunter courageously exclaimed.

(Mellow) “I’m sure you will! youngling.” Mellow proudly encourages.

To summarize this;
You spawn in and activate the buff, then make sure the Shanks and Siren don’t use their abilities, then finish the rest and prepare for wave 2. Make sure important skills like shields and stuns are back when you get there. Then kill Mandrake and Alcatraz because Mandrake prevents your team from killing them, and Alcatraz silences which screws you over. Then get rid of the most bottom line since they can stall too much and then after all that kill the backline. The MAU is a breeze, you just need 2 heroes or Serial/Verrill.

Seriously good luck, and I literally mean luck because this’ll take you ages just to get the right attempt. But with these tips and guidelines you will accomplish much more good runs!
Good hunting!

Hi Robert.
This is awesome that you have taken the time to explain a mission like this one.
Thank you!

I am stuck on 5-8 so am going to see if you have also done a breakdown of that one.

Very soon! Probably today still! A very thorough and mostly consistent one. It has some major requirements. But i’m sure if you beat 5-6 using the recommended team you can tackle this one!