Common matchmaking. It isn’t unual to get a match that would be deemed “unfair”. 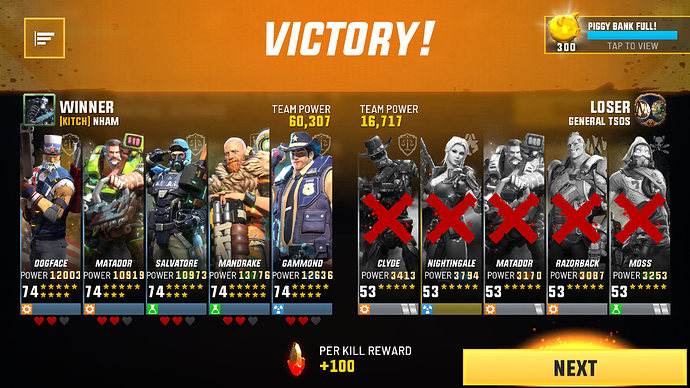 Can we get some screen shots, though? There actually may be reasons for this matchmaking disadvantage, like standard min/maxing punishment Even though it never works anyways.

Wow! The above ss isn’t bad matchmaking, it’s theft. I hope they return hearts to people when they mess up that bad. But the 2k difference from the OP is normal. The higher power you get, the bigger differences between power you’ll see. In the 45-50k range where I play, 3-5k difference is common.

I put this out a few months ago so I’m not entirely sure if its still accurate now (just haven’t tested it again).

Basically check the team you are using. How close is your lowest power hero to your highest power hero is rank, stars, and level.

Dang Nham! Crazy! I thought some of my mismatches were bad.