The team has been very busy these last few weeks making many big changes for Hero Hunters. We finally get to release some content that we’ve been working on for a very long time and answer a question on everyone’s mind. We’re very excited to hear what you think of these changes!

It’s time for a new, brutal mini-gun Hero to hit the pavement! Baron offers an aggressive tanking toolkit, can dish out a lot of damage quickly, and will often be the center of attention. Use his Taunts and damage output to draw fire away from an at-risk teammate.

Upgrade to 0.8 to find out how to get this Hero!

Françoise is able to fulfill a number of varied roles and can be combined with any team composition with ease. Once unlocked, her unique abilities build up beneficial buff effects for herself before sharing them with her teammates. Using Françoise in your team can turn even the most unlikely of Heroes into deadly powerhouses.

More info on this Hero and how to get her coming soon!

Halloway is a powerful Energy attacker with a great level of sustain. Once unlocked, use his abilities to summon endless waves of Holo Doubles that augment both his offensive and defensive potential. If ignored, his Holo Doubles can quickly drop their victims in a deadly crossfire.

More info on this Hero and how to get him coming soon!

Butter is assuming a new role as a Frontline shotgunner with an emphasis on defensive tanking.

Improved Abilities & Gameplay.
Pris had just recently received a visual update and now she has gotten a significant rework to bring her in-line with her peers and new look.

@Huginn my game keeps desynchronizing, and as soon as it loads back up it desynchronizes again, over and over again. I can’t do anything. On top of that I still didn’t see my missing gold the brief second the game did work. 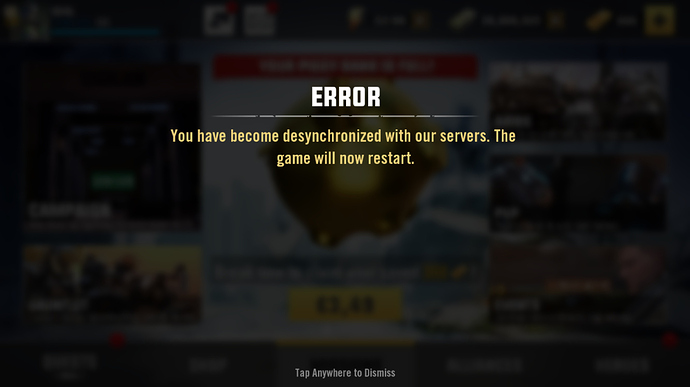